Women/Men (In)equalities: Does success have a gender?

“Women are too soft to do real business…”    #Seriously?

Did you know, for example, that most people think that a sales engineer job as typically male … because it would be a job “too hard” for women? Or that managerial positions would be more suited – in theory – to women, because they would be “softer and more empathic”?

This idea – fairly widespread – that men and women have different – natural – abilities comes from an ideological movement inspired by “Darwinism” which considers that differences in behavior, attitudes and skills between genders is the result of a long process of social and biological adaptation of the human species. Basically, men and women would have developed different abilities over time because the adaptation of one and the other would have required significantly different attitudes…

Personality as a driver of professional success

Today there is no longer any doubt that personality (as well as motivations or reasoning skills) of individuals has a strong impact on their ability to succeed, in the vast majority of jobs! It can explain – by itself – up to 43% of the differences in performance between the highest and the lowest performers.

Hence the question: does personality have a gender? Indeed, if one postulates that success in certain jobs is directly impacted by the gender of the individuals – and since the personality is a reliable predictor of this exact same success – the question arises …

Results are (much) less contrasted than one could imagine …

Normally, if men and women were indeed characterized by different sets of attitudes and capacities (be they radical or subtle), this should be reflected in clear differences between their personalities! #Logic 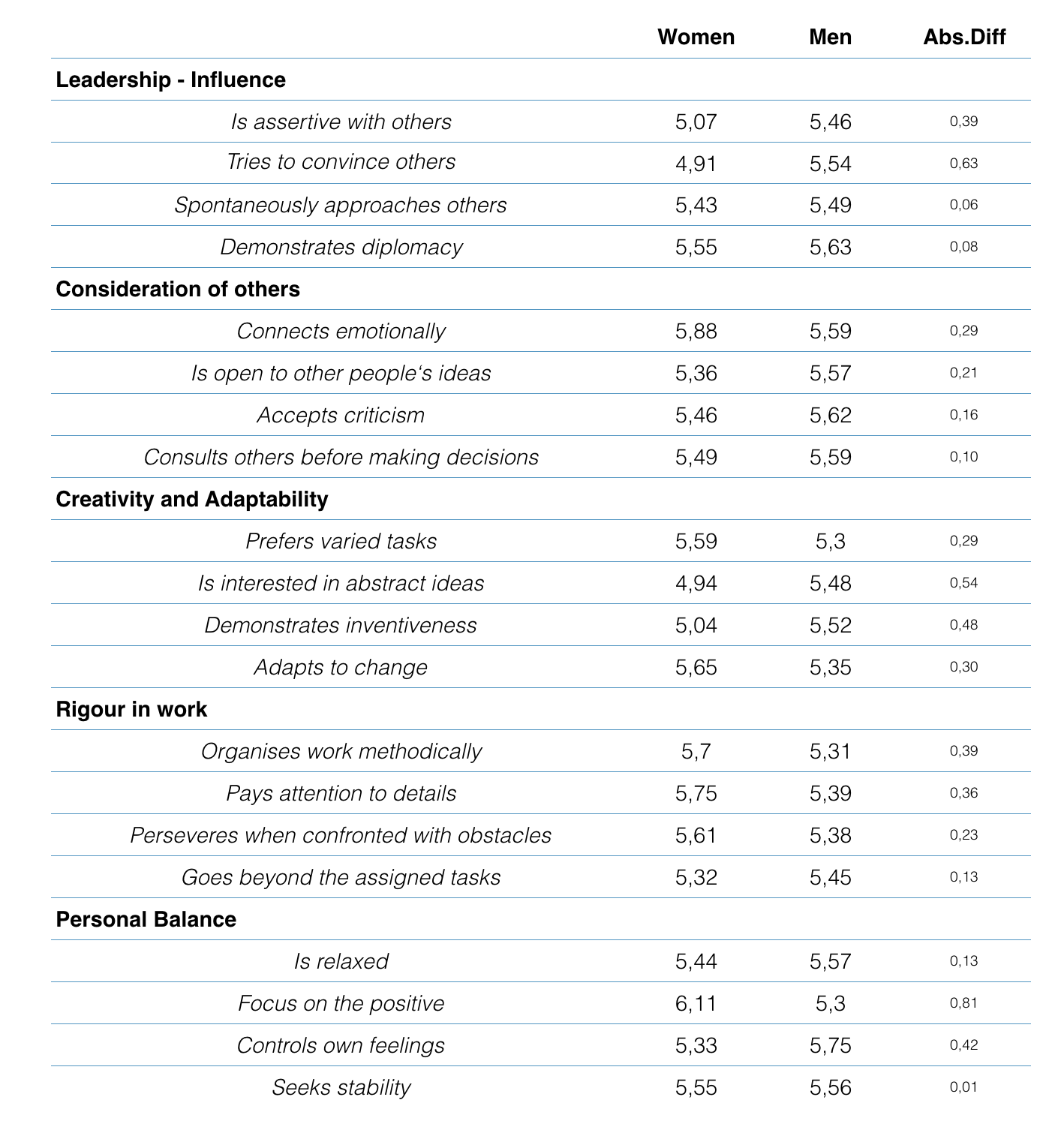 Find out more about predictive recruitment!

What – clearly – emerges from this study is that there are no (statistically significant) differences between the average results obtained by men and women on the different personality criteria!

So NO, there are no “typically masculine” or “typically feminine” qualities. You can be a woman and have strong leadership or be a man and spontaneously express your emotions …  #ThatIsScience

What that implies … concretely!

It might seem like nothing … but it’s the kind of thing that is crucial to keep in mind. Imagine that you are looking to hire a salesperson for example. If you (or the sales director for whom you are recruiting) have pre-conceived ideas about gender, you will – consciously or unconsciously – probably tend to look more favorably at male candidates for that particular job … (and female candidates for ‘other jobs: Executive Assistant / Cashier / Dietician (…)).

YOU can change that!

If you don’t give yourself the means to accurately assess the intrinsic qualities of each of your candidates (rather than inferring them from their gender), you will – almost every time – disadvantage about 50% of candidates who apply to your company … Of course, you don’t want that … ^^

That’s why I can only encourage you to objectify – as much as possible – the assess of the potential of your candidates … and also of your employees!

Find out more about predictive recruitment!

#AFWEBINAR Retail: How to successfully hire your sales people

This site uses Akismet to reduce spam. Learn how your comment data is processed.